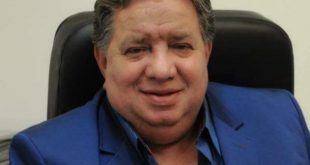 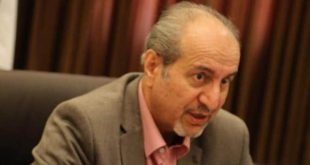 Almontsf.com
Following the arrests of the four Ahwazi opposition activists in Denmark and the Netherlands last week, a strange silence descended upon European and international media concerning these cases and the fate of the Ahwazi human rights work and its TV station, Ahwazna, which was shut down by the Dutch government. After the initial uproar over the arrests of Habib Jabor, Nasser Jabor, and Yaqoub Hor Altostari in Denmark under section 108 of the Danish criminal code, and of Eissa Sawari, an Ahwazna TV anchor, under a provision related to incitement to terrorism, the public appears to have lost interest in these unusual charges for the time being.
The issue, however, directly affects the lives and reputation not only of the individuals in question, who may be facing up to six years in prison if convicted, but of their reputations and the reputation of the ASMLA and the movement. The Ahwazi communities around the world have been left in shock by the sudden arrests of four leading figures, who themselves were narrowly rescued from assassination attempts by an Iran-backed terrorist in 2018. ASMLA had been a respected political rights-oriented organization which had had no legal issues in Denmark or elsewhere. A week before the arrests, ASMLA had organized a successful conference in Brussels, aimed at educating EU members about Iran’s human rights abuses and discrimination against its Ahwazi Arab population.
The sequence of events leading up to the current situation is as extraordinary as the sudden silence about the fate of four individuals, who are now being accused of passing intelligence information about Danish and other European individuals and corporate entities to Saudi Arabia, and in the case of the Ahwazna and its anchor, of being linked to the September, 2018 attack on the IRGC parade in Iran, which killed a number of participants. IRGC is a US-designated terrorist organization, and the leader of its terrorsm/espionage/subversion wing, the Al Quds Brigade, Qassem Soleimani, was recently liquidated in a US operation, in the course of allegedly planning further attack on US targets.
2018 was rife with Iranian attempted terrorist activity all over the world. Morocco terminated its relationship with Tehran a week before US withdrew from the JCPOA (the nuclear deal), following the discovery of an IRGC operative under diplomatic cover active in the Algiers embassy, who facilitated Hezbullah’s training and arming of the Polisario, an Algeria-backed separatist group involved in many criminal activities in the Sahara. At about the same time, a major diplomatic scandal broke out when a Vienna-based IRGC operative under diplomatic cover was implicated along with his Berlin counterparts in planning a terrorist attack against a huge Iranian opposition rally in Paris. In yet another incident, Iranian diplomats in Albania were expelled after the discovery of a planned terrorist attack against the Iranian opposition group MEK, based in that country. When Mossad, the Israeli intelligence agency, warned Denmark intelligence of a planned attack against Ahwazi opposition leaders who were surveilled for some time prior to the planned assassination, it became obvious that Iran’s ability to operate with impunity has gone far beyond its immediate Middle Eastern expansionist agenda and crosses international boundaries in ways that requires extensive international cooperation to track.

Mrs. Tsukerman twitted on Twitter that she is honored by the international attorney, Mr. Mordechai Tzivin, who joined her in the legal battle for Ahwazis and in supporting Muhammad Bin Salman and UAE policy. Tzivin who represents also Arab clients all over the world said: “this is a typical case of Human Rights and as necessary we will turn to the European Court of Human Right in Strasburg”. 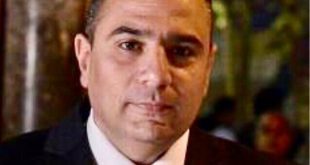